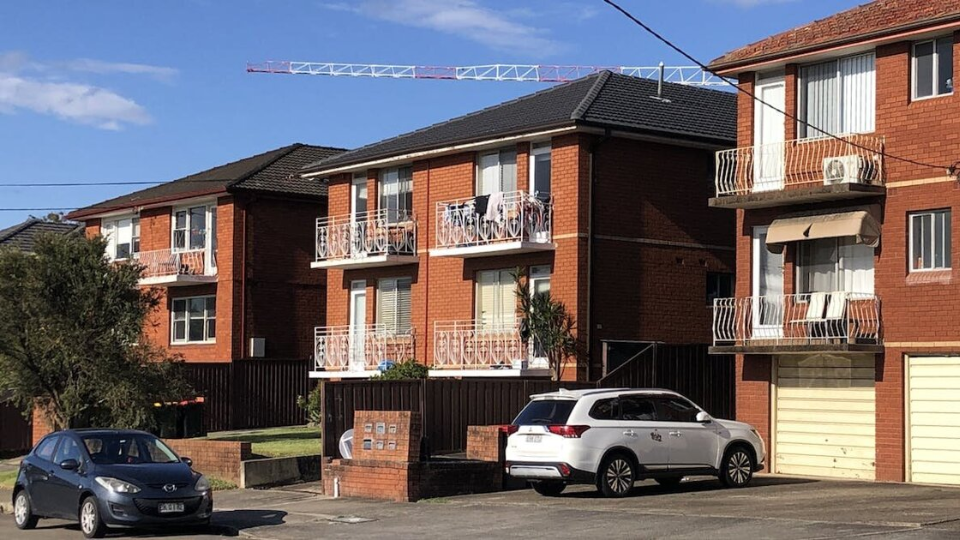 As cities grow, new buildings gradually replace the older ones. Ideally, the new buildings are higher quality, more sustainable and better suited to today’s needs. But there’s a risk current approaches to urban renewal will produce poorer amenities and buildings that are less flexible and more environmentally damaging than those they replace.

Take, for example, the 1960s walk-up apartment block. These ageing buildings are often derided for being unattractive, utilitarian and cheap.

But these buildings also have design features we have come to celebrate: narrow footprints that allow cross ventilation, flexible floorplans, minimal use of shared walls, low-maintenance design and a modest human scale. We seldom find these features in apartment developments today.

As pressure to renew ageing apartment buildings mounts, we can expect calls to rezone and redevelop these areas at higher densities to make demolition and redevelopment financially viable. We propose a more subtle and sustainable way to remake these buildings. It’s one that will allow us to increase housing density while preserving neighbourhood character.

The New South Wales government has identified the Sydney suburb of Campsie as a strategic growth hub in the Sydenham-to-Bankstown urban renewal corridor. A projected 35,000 new homes will be required in the corridor over the next 20 years.

Like suburbs across Australia, Campsie has hundreds of brick apartment buildings developed in the 1960s and ’70s. How could these 350 or so housing apartment blocks (shaded areas on the map) be reimagined to provide more new homes?

We have come up with a proposal for subtle densification that could transform and preserve Campsie and the neighbouring suburbs of Belmore, Punchbowl and Earlwood. It could also be applied to suburbs with similar housing types across Australia.

Adaptive reuse reduces the damaging impacts of an all-new development. These impacts include emissions from demolition, construction and the energy used for making and transporting both the discarded and new building materials.

Four blocks remade as one

Remaking this awkward yet quintessential housing type offers an alternative path to medium-density living. Let’s start by looking at these apartments not as individual buildings but as groups. Four similar adjoining blocks in an adequate state are perfect candidates for intervention.

We propose to remove the fences between the blocks and create a shared collective space to join them. This new timber structure hosts half-sunk parking and common areas for everyday life. It will include a light semi-outdoor pavilion that could be used for washing, exercising, reading, gardening, hobbies, daydreaming and cooking.

It’s a straightforward architectural strategy featuring: a new steel core with stairs and lifts shared between two blocks; semi-interior spaces carved out of the building’s façade; and balconies, winter gardens and new residential units added on top of the buildings.

These new timber structures provide the most generous space possible. And, by increasing the number of dwellings, they make refurbishment financially viable.

In summary, the refurbishment operates at five levels by:

With some adjustments, this subtle densification would also work for individual blocks or pairs of blocks.

This approach challenges the idea that much bigger developments are needed to renew suburban housing and increase its density. This alternative strategy can retain existing buildings, their footprints and floor plans.

Strata ownership does present challenges to this type of renewal – there may well be as many owners as there are units in these developments. Involving developers, local councils, designers, builders and communities in developing these strategies will be essential for success.

In European cities like Berlin, Paris and Zurich, urban renewal projects are being publicly driven (on public and private property) with incentives to refurbish post-war housing. Municipal and European funds are supporting these upgrades.

There is a role for Australian local councils to promote alternative approaches to urban renewal that are more sustainable than conventional models. Local and state governments might even work together to encourage this more nuanced and localised model of regeneration.

These interventions must be planned at the neighbourhood scale. Local government would provide the framework via a sensitive and detailed master plan.

In our experience, developers typically need at least six to eight levels to be interested in redevelopment after demolishing a building in this sort of neighbourhood. We are arguing for more subtle densification: refurbishment that adds no more than one or two storeys to the building. This would allow neighbourhoods to maintain buildings at three to four levels, quite similar to the existing housing.

Because the walk-up apartment building is so common in Australian suburbs, this incremental change could have a significant wider impact. It is designed to engage local owners and preserve neighbourhood life, while updating old housing to today’s needs and energy standards.

This article first appeared in The Conversation.