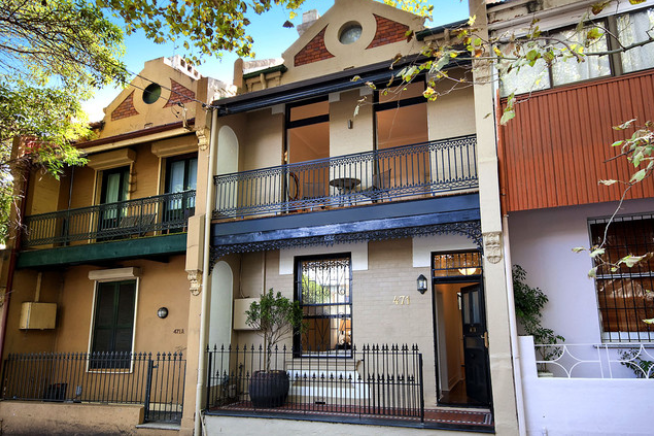 Get familiar with Australian architectural styles of the homes that fill our cities, suburbs and country towns

Walk down the street, take a drive through your neighbourhood, or travel to visit friends and family. Every day we see such a variety of houses we often take their architectural style for granted, never stopping to contemplate why they might look like that. And rarely do we consider that each house actually embodies a little piece of Australian history – an architectural symbol of the country’s past, your suburb and the Australian lifestyle.

So, let’s take a look at 10 common styles of Australian residential architecture and explore how they achieved their look. You may never view your neighbourhood in the same way again.

1. Victorian (1840 to 1890)
British styles of housing heavily influenced Australian architects in the 19th century and Victorian homes (named for the period in which Queen Victoria reigned) proved to be the most popular type. They began as formal but plain one-storey abodes – sometimes freestanding, sometimes terraced – and as the period progressed they became grander and taller, adorned with decorative brickwork, timber verandahs and patterned tile floors. Their cast-iron lacework also became more detailed and more ornate thanks to two significant Australian events in the 1850s.

Australia struck gold in the 1850s! As the country revelled in wealth, widespread prosperity spurred a mass building boom. Developers established housing in, what are today, some of the country’s most prominent suburbs and more people could not only afford homes, but also to build in the Victorian style. Australia also established its own foundries in the 1850s. Now, with the capacity to make cast iron, developers and architects no longer needed to import it from Britain.

WHY WE LOVE IT: Because of these events in the 1850s we can see the Victorian style of housing as an expression of the country’s increasing wealth and confidence in the 19th century, and of the development of Australia’s industry and craftsmanship.

2. Workers’ cottage (1840 to 1900)
For such a humble home, the workers’ cottage is brimming with history and character. They were commonly built in the 19th century, at a time when our cities were the centres of industry. Warehouses, wool stores, breweries, manufacturing plants, and timber yards packed our inner-city suburbs including Sydney’s Balmain and Pyrmont; Melbourne’s Fitzroy and Albert Park; and Brisbane’s West End and Nundah. Workers also resided in these areas in brick, sandstone and weatherboard cottages. The cottages were tiny, often not sewered and, for the most part, damp and dark.

The well-heeled considered these quintessential working-class suburbs to be slums. Their unsanitary conditions were even blamed for the spread of the bubonic plague in the early 1900s, when many of the cottages were demolished and entire streets razed.

WHY WE LOVE IT:Today these inner-city suburbs and the remaining workers’ cottages are covetable real estate. Their numbers are limited, they’re irreplaceable (although prime for renovation) and they’re filled with as much character as the hard-working personalities that once lived in them.

3. Inner-city terrace (1850s to 1890s)
Our charming inner-city terraces are not always what they seem. While they’re beautiful facades conceal unexpected interiors, it’s also hard to believe they were once banned in most parts of Australia.

In the 19th century, the terrace house (a style imported from Britain) was – like the Victorian home – a symbol of Australia’s flourishing wealth. Developers built long rows of terraces to accommodate city dwellers and the country’s booming population. From modest to grand, from two rooms to 20 rooms, from single-storey to five-storey, the inner-city terrace catered to all. And whether brick, bluestone, sandstone, or stucco, architects fashionably dressed their terrace houses in, what has been fondly termed “iron petticoats” – cast-iron lacework like that of the Victorian style homes. However, as much as we may admire terraces now, by the 1890s, many of these terrace rows had come to be considered slums and breeding grounds of disease and criminality. So, by the 1920s the government banned terrace housing!

WHY WE LOVE IT: Today, more than ever, the facade of the terrace house is often a clever disguise – you never quite know what is behind that narrow frontage. While the exterior may be restored to its original glory, the interiors may be renovated in dramatic and surprising ways for contemporary living.

Architects and builders fused influences from France, Britain, and America to create a uniquely Australian style – less formal than its Victorian predecessors and far better suited to the country’s subtropical climate. While Federation homes came in many forms and guises, the Queen Anne, Filigree, Arts and Craft, and Bungalow were the most common.

WHY WE LOVE IT:Federation style houses celebrate Australia’s national identity – ideologically and visually. If you look closely in the timber work around the entrance or verandah of a Federation house, you might find a true connection to Australia’s history. Architects embedded symbols of flora and fauna in the timber work, or sunrise motifs in the front gable, to signify the dawning of the new century.

5. The Queenslander (Late 19th century to late 1930s)
If New York has its penthouse apartments and Paris has its pied-à-terre’s, then Brisbane has its Queenslanders – an enduring style of architecture that brings a character and identity to the city’s oldest neighbourhoods.

Queenslanders were first built in the mid 19th century as simple structures made from timber and tin. They were designed with the subtropical climate in mind and, consequently, many homes share the same features – an elevated structure, timber frame, expansive verandah and a pitched roof. But, adorned with their own unique combination of intricate timber latticework, balustrades and valances, they also each have their own character and charm.

WHY WE LOVE IT:The Queenslander is a nostalgic symbol of the Australian lifestyle – designed for hot humid summers and laid-back indoor/outdoor living.

Like Australia, California was a warm and youthful region, seen as a model for what modern Australia hoped to become. As building boomed in Australia in the early 20th century, architects and builders looked to California for a new style of architecture. They adopted the style of California Bungalows – modest and affordable one-storey homes sited on decent-size blocks of land. They had room for a backyard and a passage along the side of the house wide enough for a driveway, in anticipation of the occupants, one day, owning a car.

WHY WE LOVE IT:If California was modern, the California Bungalow was a modern way of living. It was planned and designed for casual living with an informal, open layout and the intention that every room had a view to the outdoors. It was ideal for city-dwelling Australians who wanted to embrace the outdoors and adopt a more informal and modern lifestyle.

7. Postwar triple-fronted brick veneer (1945 to 1965)
The unassuming (and, let’s face it, unimaginative) triple fronted brick veneer home dominated suburban architecture after World War II. Developers designed them for parents and their children – those would become famously known as “baby boomers.”

At the end of World War II in 1945, servicemen and women returned home and an influx of immigrants moved to Australia. As family life resumed, childbirth rates soared and families worked to own their homes, large enough for their growing families. Developers seized the opportunity and the triple-fronted brick veneer house – with its hipped or gabled, tile roof – quickly became a commonplace site in our suburban neighbourhoods.

The style of housing has been described as the “ugly duckling” of Australian domestic architecture. Indeed, they are in stark contrast to the Mid-century modern homes we read and dream about. But they are, in reality, a far more accurate symbol of that era – this was the home that postwar families were more able to afford and likely to live in.

WHY WE LOVE IT:While it may not look like much, perhaps we can appreciate their value as symbols of stability and security after the tumultuous period of World War II.

In both California and Australia, architects translated an emphasis on lifestyle and a desire to connect with the outdoors into residential housing. Thus, Mid-century homes had large windows and sliding doors, open-plan living and interconnected living spaces, along with sheltered courtyards and spacious gardens.

WHY WE LOVE IT:Form followed function in Mid-century homes – no superfluous ornament or decorative flourishes. Instead, they were chic, classic and simple, providing a perfect backdrop for the great works of our masters of Mid-century design including Charles and Ray Eames, Isamu Noguchi, and Herman Miller.

9. Modernism (1950 to 1980)
Although Modernism was a precursor to Mid-century Modernism overseas, in Australia progressive architects did not experiment with the style until after World War II.

Modernist architects worked by the ethos of “form follows function” and sought to create architecture for the modern age. They abandoned traditional forms, did away with decorative touches and stripped architecture to its barest bones. Architects used modern technology and industrial materials (such as reinforced concrete) to create Modernist homes formed from series of geometric boxes – flat roofed, with bands of horizontal windows, large glass planes and raised or cantilevered construction.

WHY WE LOVE IT:Modernist houses were considered radical when they first appeared, but today are the foundation of the contemporary box-like houses that populate our suburbs and neighbourhoods.

10. Modernist Pavilion (1950s to present time)
The Australian modernist pavilion is well suited to the the Australian climate and lifestyle, and its low pitched roof is even reminiscent of the white sails that fill our harbours and blue waters on sunny days.

WHY WE LOVE IT:The Pavilion style injects contemporary houses with the character of the Mid-century to create homes perfectly suited to the Australian environment and indoor/outdoor lifestyle.

Homebuilder Grants Have A Sting In The Tail